George and Lucy Conn founded Conn Pest Control in Tucson, AZ in 1974. In 1977 they moved back to Flagstaff and opened an office to service Northern AZ. They covered Page, Grand Canyon, Williams, Winslow, Sedona , and the entire Verde Valley. In 1981 Sharon (daughter), and Dickie McWilliams moved to Cottonwood and started a branch office

When it was time for Lucy and George to retire, we purchased the Verde Valley branch in 2003. We are still a family owned and operated business. Our son Cameron ,and cousin Lance are the future of Conn Pest Control-Verde Valley. 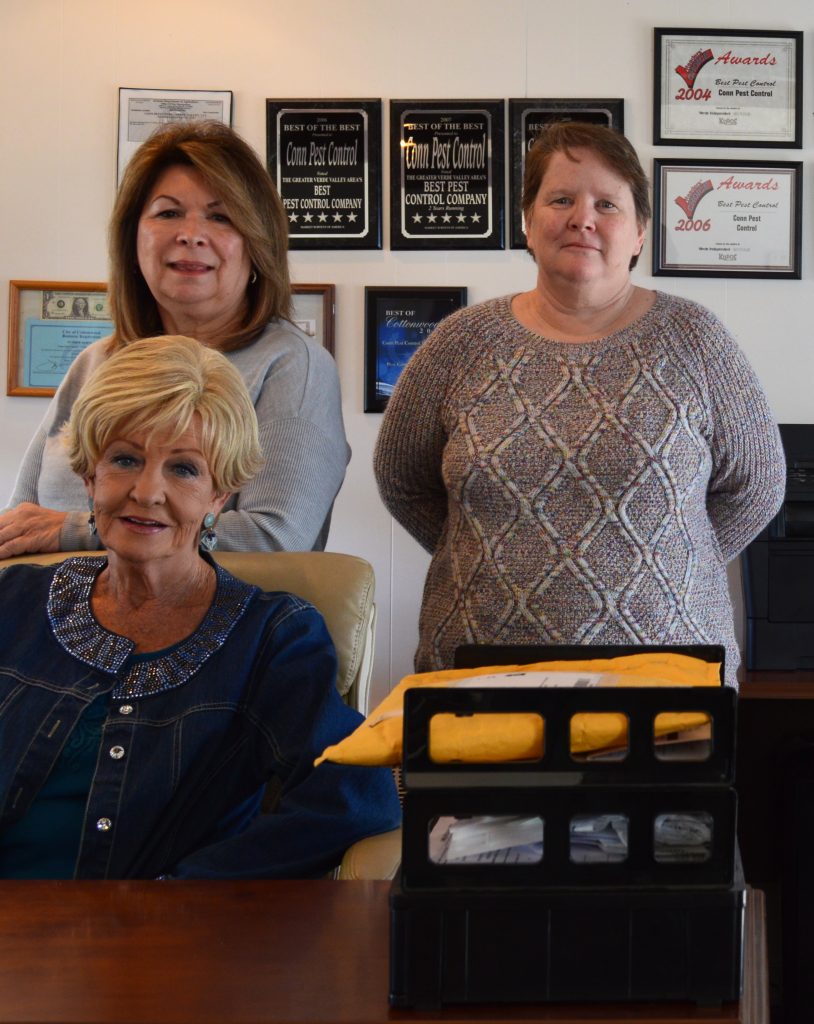 We can get rid of those darn pests!

From 2004 to 2019 we were selected as the “Best Pest Control” company in Sedona and the Verde Valley.